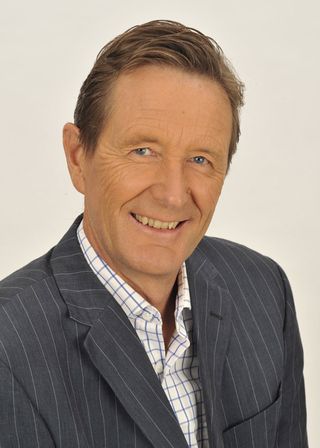 NEWS Corp Australia has hit out at the ABC’s Media Watch for unprofessionalism after host Paul Barry failed to seek any response before airing an episode “littered with errors”.

Julian Clarke, News Corp CEO, said: ‘”You’d think after the national bollocking the ABC rightly received just this month about the lack of fact-checking and serious lack of balance, they would have been a little more careful with Monday night’s Media Watch.”

The latest episode of the weekly 15-minute taxpayer-funded critique of print, TV and online news and current affairs coverage was largely devoted to an attack on News, publisher of the Herald Sun, much of it in quotes from unnamed “former executives”.

“Paul Barry subjects his viewers to a lecture about the state of our business and the standards of journalism, and fails to contact a single News Corp executive while compiling his report,” Mr Clarke said.

The episode also displayed a “lack of understanding of the media business,” he said.

“Barry quoted the Herald Sun’s circulation as being under 400,000 sales per day. If Media Watch was attempting to give the viewers some insight into the newspaper business, it may have pointed out that the Herald Sun’s total audience, print and digital, is larger this year than last year and that the public are happily paying for the digital version,” Mr Clarke said.

Mr Clarke added: “In Barry’s rush to write off all media other than the ABC, he fails to tell the real story which is that more people are reading our newspapers and digital editions than ever and more people are buying our digital products than ever.”

Given the chance to reply, Barry repeatedly refused to say if Media Watch had a duty under the ABC code of practice to give News Corp a chance to respond. “I don’t think if we’d have gone to News Corp that we’d have got anything.”

Media Watch also mocked as “click bait” some of “the top stories” on News-owned news.com.au, Australia’s most popular news website. But none of the examples quoted were among the most read.

Mr Clarke said: “The fact is people read quirky and serious stories – not that you’d know that from Barry’s sneering and selective reporting.”
john.rolfe@news.com.au

See below link for the full article by John Rolfe from the Herald Sun.