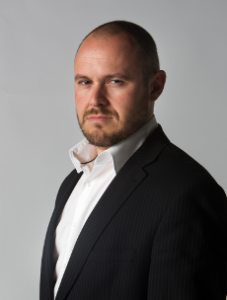 Australia’s Worst Journalist announces a new nomination THE GUTTER JOURNALIST – Wayne the Wilted Flower. He increases the large number of Gutter and Sewer journalists that are members of the Herald Sun staff.

Flower wrote an article for the Herald Sun on Tuesday September 6 headed ‘Edelsten Acts for Himself’. This story was not properly investigated and is full of lies. Edelsten was not forced to represent himself, in fact he was not required to make any submissions but chose to respond to His Honour’s invitation to do so. It should be known that Edelsten has a Master of Laws, a graduate of Leo Cussen Institute and represented himself at the Federal Court before the late Mr. Justice Burchett, who congratulated his performance.

The despicable wilted Flower mentions bankruptcy in 2014 but deliberately fails to mention that this bankruptcy was discharged in 2015, this is typical gutter journalism. Readers of the Herald Sun should be aware that this journalist is an outright liar and none of his stories can be believed in any way. News Limited should terminate such an immoral character who has breached the Journalist’s Code of Ethics.

The wilted Flower should be aware, particularly as he gave Edelsten no opportunity to answer some of these outrageous lies, that he was not tired and appeared to be dressed sartorially elegant and looked much younger than his years.

Gutter journalist wilted Flower, go down the drain where you belong.

Former doctor Geoffery Edelsten has been forced to represent himself in one of Australia’s top courts in the latest chapter in his headline-grabbing fall from grace.

The former media-loving attention seeker, who draped himself in buxom blondes, appeared a tired old man outside the Federal Court in Melbourne yesterday.

Edelsten had appeared in court where lawyers acting on behalf of the United States Bankruptcy Court were fighting to recover $1 million being held in a NAB trust fund by Edelsten’s former lawyers, Webb Korfiatis.

Edelsten declared himself bankrupt in Ohio in 2014.

Dressed in black with an outrageously coloured tie, Edelsten apologised to the Federal Court as he appeared at the bar table alongside three other lawyers.

“Excuse me for not being represented,” he said.

Edelsten opposed any of the trust fund’s money being sent overseas.

The matter was adjourned until next month to allow all parties time to consider their positions. Outside court, Edelsten uncharacteristically objected to having his photograph taken. He asked  for Herald Sun photographer David Caird’s camera, before saying that he was entitled to privacy and suggesting Caird could end up on his website.